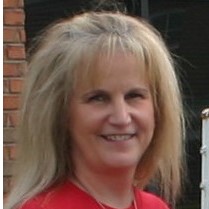 Graduated from MACHS in 1977. Entered the US Navy in 1978, and honorably discharged in 1980. Returned to Walton County in 1991, married with four children, and eventually purchased a house in Between, followed by an amicable, if unwanted divorce in 2000. All four children graduated from MACHS/MHS as well as their respective University/Academy/Colleges with degrees ranging from bachelor's to PhD. I worked as a legal secretary in Monroe, as an accounting assistant at UGA, and ultimately trained as an ultrasound technician for a high-risk ob practice at which I worked for 18 years. In September of 2009 my son, 1Lt Joseph D. Helton Jr, USAF Security Forces, was killed in Iraq. At the persistent request from Retired Col. Dennis Keegan and the late Retired Col. Larry Hoff, I organized the Lt. Helton Memorial Foundation, Inc. In September of 2013, the Foundation was granted non-profit status and began fundraising. Though profits from BBQs, Flat Joe 5k runs, Don't Be A Weaksauce Golf Tournaments, and generous donors, the Foundation is responsible for the contribution of nearly 100k towards the Walton County Veterans Memorial Park, which was dedicated in November of 2018. During this same period, the Foundation with the assistance of Troop Rewards created the "In Defense of Freedom" memorial to U.S. Air Force Security Forces at MacDill AFB, Tampa, Florida, dedicated in January of 2017, as well as granting several scholarships locally. Thus far in 2019, we held a fundraiser in North Carolina and donated $2,400.00 to Stop Soldier Suicide, as well as donating $2,000.00 to the Shadow Warrior Foundation following this year's Flat Joe 5k.